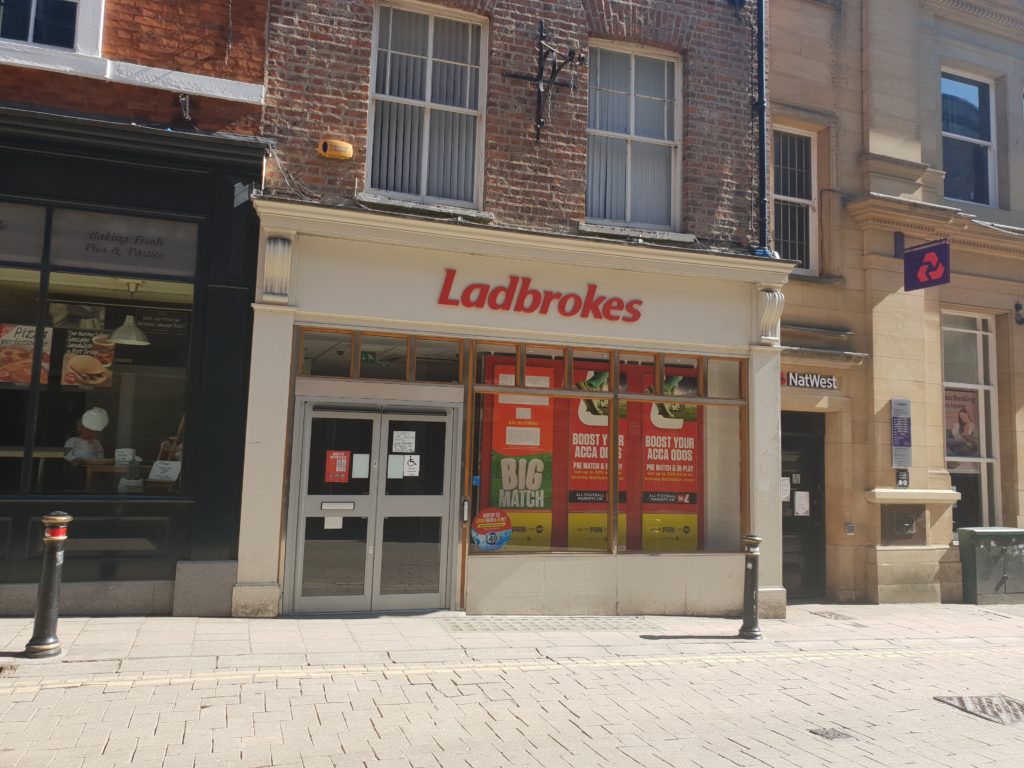 I met Gary in March 2017, a week after my daughter had been born and I had just moved back to York after living in Milton Keynes for the past five years or so. Me and my partner decided we needed to be back around family for when the baby arrived so I reluctantly took the job of managing York’s three Ladbrokes shops to maintain an income. I knew long before I showed up on my first day that I had no interest in doing the job, I had done it and excelled a few years previously before working my way up the company food chain; the same one I had to slide back down to move up north.

Betting shops are amazing places, and traditional betting companies even more so. At one time I had 33 shops I was responsible for in the West End of London, so three in York and 15-20 staff is easy for a couple of months until I find something else. And to some degree it was - the staff were way too good which definitely helped, but I think the beauty of losing passion for anything is that you begin looking at it in its simplest form. Other people who had my job in different areas made it so complicated, but I now saw it as a simple balance of three powers you needed to understand;

The simplicity comes from grasping one key rule - a manager works for his staff, treat your people with respect and do what you can for them, but when there is disrespect returned to you or other members of the team, quash it.

The reason I say this is because early on into my time in York I knew Gary understood it long before I did, and I’d been in this industry five years longer than him - although I’m certain he would be able to articulate the lesson much better than I can.

I cannot stress this enough, meeting and working with Gary was one of the most profound experiences I’ve had and even he is not aware of it. I mean this to a degree that I feel the need to emphasise the point again - this has nothing to do with him asking me to write something for him, working with him was awakening and inspirational.

Perks of the job; I chose my own shifts - which shop I would work in, which hours, with who, etc etc. Of course my job meant I would need to split my time to see all my shops and colleagues, but I selflessly made sure I worked with Gary at least once a week. I even began judging other colleagues by how much they enjoyed working with him too. I took something away from every discussion.

Gary will tell you what other people exhibited; working in a betting shop is very stressful, which sounds dramatic to someone who’s never done it - but it is really hard on the psyche. Will I be disciplined for failing a ‘Think 21’ test? Will the guy swearing at the FOBT (slot machine) turn on me? Will I have to tell the man that the £200 bet he thinks has just won was was placed three seconds too late? Will I have to do all the above alone because I work 6 hours with no colleague? Just thinking about it is making me grateful I never have to do it again. However, I learnt quickly that Gary wasn’t your typical bloke touching 50 who worked as a cashier in a betting shop - he smiled too much.

He spoke about the pitfalls of the betting shop game, and I genuinely believe he knew them, but I also remember him laughing at the irony of it all, as if he was completely oblivious.

Every region I’ve worked, I’ve had to coax staff into spending time on the shop floor - we failed our mystery shopper tests if someone wasn’t out there chatting to the punters. No one wanted to do it and why would you - some customers stink, some are rude, some don’t want to be bothered, plus you have a comfy swivel chair behind the counter. Gary however, lapped it up. It was bizarre. Out of the hundreds of people I’d worked with he was the only one who ever looked at it from a completely different perspective; stand around, chat to people, keep this 10ft x 30ft shop tidy and I’ll be deemed to have done a good job? Brilliant.

Some people may have looked at his strangely positive outlook and dismissed it as a form of naivety, expecting he’ll soon turn into a pessimist like the rest of us once he’s been around long enough, but I could just tell that Gary was coming from a place of experience. I may be wrong, but I got the impression he could see this was just a bubble that had consumed its occupants. I could see that whatever Gary had done in the past it had given him a broad view, able to just admire the peculiarity of a local bookies. 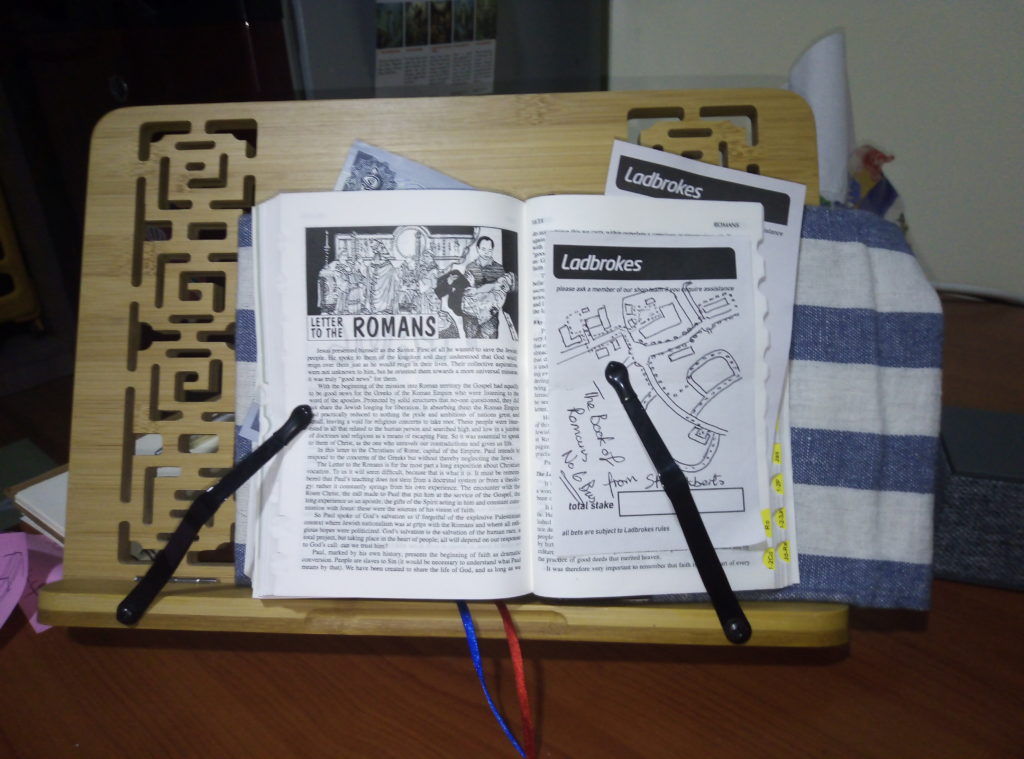 Of course I soon learnt that like me his stay was to be short lived while he awaited his next contract overseas. Gary had a lot of behaviors, routines, and stories I found fascinating, far too many to talk about at length; his travels after education, the amazing jobs he’d held, the business he ran in Africa and it’s dramatic climax, his relationship with his faith, his wife’s wonderful life work, his children’s journey from orphanage to university, his discovery of Loci learning, even the mysterious notes he would write on a betting slip when inspiration hit mid-shift. However, for me the most memorable insight I would take from Gary would be reflective in my own behavior, I spoke to him about things that I never have with friends I’ve known years. Looking back, I put it down to the way I felt whatever I invested in Gary in terms of my own thoughts; would always pay their dividends in wisdom. Ironically, a bit like a placing a bet that’s guaranteed to win at 15/8 every time.

Amazingly, I only worked with Gary for 3 months before I got the next job I was looking for, I still find it strange how someone who ‘worked for me’ for such a short period of time is one of my biggest professional influences. When I left, Gary gave me a copy of the the E-Myth by Michael E. Gerber, he thought it would be helpful on my journey to achieving the goal of running my own business. It’s still one of my favorite books, and was the catalyst to discovering a love for reading that’s still with me 3 years on.