Due to the Effects of Love!

I was apt to find a quiet spot, right at the back of the church and to make myself as small and insignificant as possible (for as long as possible). ‘Imposter syndrome’ had always been an issue for me and I could never really understand those, over-confident evangelical types, who had nice steady jobs in the UN or NGO sector. They, on the other hand, seemed to do little else in a country and culture just screaming out for practical solutions. Less talk more action was the order my day! I was very judgemental in those days and was happy to remain ensconced, at the back of the church in my own bubble – my own non-denominational, sectarian, one-man institution. I was my own ‘pope’ and decided the final outcome of all intellectual debates as I saw fit and reasonable. As a natural egotist and believer in my own judgement, I was more than happy to make all the final decisions. It worked very nicely that way and I saw no reason to change; until this new chaplain arrived and upset my apple cart.
The Reverend Andrew Proud was inclusive in every aspect. I found his sermons brilliant as he had a film director’s talent, setting the stage, inviting you to take a role then moving you passionately through the scene. I was the virtual Pharisee, goading Jesus about paying taxes to the Romans. Then, incriminating myself. It was me who drew from my own pocket and offered to the crowd that very coin, stamped front and back with Caesar’s head and pagan symbols. Through Andrew’s perfect mise-en-scene, I knew, as the real Pharisee had learnt to his embarrassment, just just how embedded I was in that ancient system of governance and despotism. Sitting there in the pews it was I, trying to accuse Jesus of supporting and being a stooge to the Romans. I was that hypocrite, that dastardly evil doer ready to entrap our Lord. Then deftly, Andrew would relieve our anguish by pulling us out of the scene encouraging us to live better lives and to do more. To render our talents and gifts in the service of God alone.
And more he wanted! His eyes scanned the congregation for loafers. Those not pulling their weight. Those sitting at the back of the church trying to hide themselves away. His first attempt at making contact was clumsy. “Hi mate – I see Arsenal are doing well these days!” on my way out of church. My first reaction was – I am not your “mate” and I come to church for spiritual guidance not football scores! But first reactions are always best put to one side. More importantly he had done his homework, found out that I was indeed an Arsenal fan of sorts and had determined that was a suitable introduction for a man who did indeed look like a football hooligan! After no more than a few seconds of reflection, I was able to appreciate his willingness to step out into the depths and take a chance and I could see him doing it within the context of a massively diverse congregation. It then took him no time at all to lay down an appropriate challenge and a massively persuasive call to action which spoke directly to my “less talk and more action” strapline.
Andrew was a man of big ideas, wild-eyed blue-sky-thinking and crazy, ambitious thoughts, all aimed selflessly at improving the lot of those far less fortunate than ourselves. As a natural project manager, I loved his leadership and flourished under his determination to make a lasting impact. We had so much fun rocking the boat, doing what ‘could not’ and ‘should not’ be done, and I was so pleased to see him rewarded with success both in planting churches, bringing people to Christ and being promoted. He made a significant splash as our area Bishop then later moved to the post of Bishop of Reading where he finally retired. 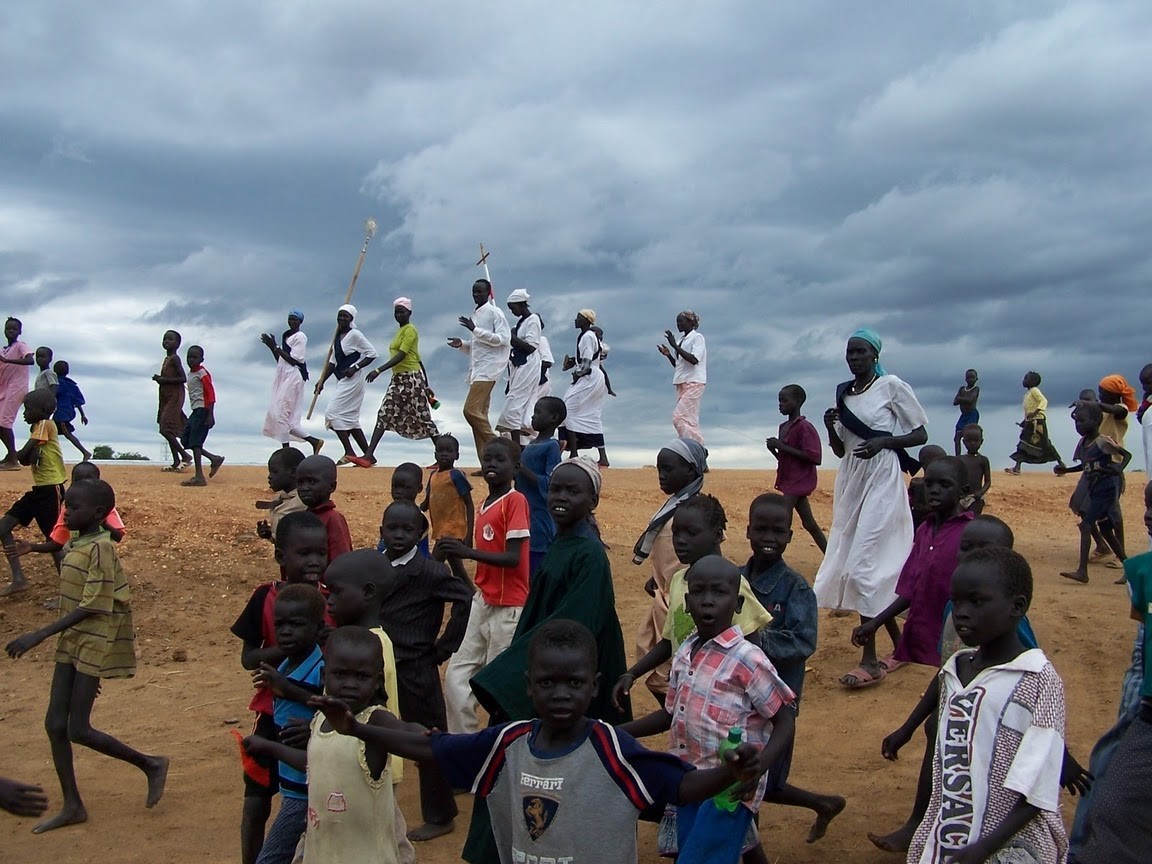 As soon as I met Gary, it was like finding a breathing hole after too long under the ice. We loved Addis as soon as we arrived, and we wanted our presence there to make a difference, but it felt as if we were constantly being told 'you can't do that' or being obstructed. Gary was in between jobs at the time and was a life-saver. He befriended me, helped me understand the context, laughed with me, went to the gym with me, ate grilled fish with me, and helped me find a way through. He is one extraordinary, generous man, with a soul like liquid silver. I learnt so much from him. Very quickly after we met, he and I were running a weekly programme in Addis Ababa, for refugees from the long civil war in South Sudan, who'd come up from the camps in Gambella. All we had was a small Church compound; no money and everyone telling us it couldn't or shouldn't be done. We did it anyway. The idea was to give people a safe space, cook a substantial meal for everyone, offer bible studies, listen to stories, love them and help where we could - and, often, laughing at the absurdity of it all. Because if you didn't laugh, you'd end up chewing the carpet. We soon went from befriending a handful of refugees to having a hundred turn up. We'd assumed there were no Sudanese women in Addis, but when we started giving out old clothing, they showed up too. What had been a one-day-a-week programme was now two - the women coming separately. Again, a hundred or more, with babies and children. In the first wet season of the full programme, we were giving blankets to everyone as they left - Addis can be bitterly cold at night at that time of year. As they left the compound, some were selling their blankets; the locals began to stone them - we just hadn't realised that the urban poor, crammed cheek-by-jowl into the little corrugated iron huts against the compound wall, were worse off than the refugees, who could at least survive on remittances from abroad. We knew we had to do something. We'd just put up a corrugated iron Sunday School room in front of the church; it was empty all week. Realising that local schools often taught 10,000 students a day, 100 to a class; chalk-and-talk, slate boards, with access to only three text books a class, we opened a community library and soon had 1,000 local kids registered. By now, we'd got refugees to cook the food and serve the tea; we'd trained them to run Bible studies in their own mother tongue; we'd made friends among them; we'd resolved heated disputes; bailed people from prison; dealt with deaths; refereed the mad scrambles that occurred whenever we were lucky enough to get second hand clothes donated from the congregation; and inspired volunteers from Church to join us. We'd go to Seble, in Arat Kilo, with as many 15 refugees at the end of a morning programme, to eat grilled fish and drink Ambo. When I was overwhelmed, he'd help me see a way through; when I needed cheering up, he'd get me to focus on something funny that happened. As Chaplain at the Church, I'd get endless begging letters, detailing long tales of hardship. And most of them did live in terrible conditions and been through so much. I remember one letter which gave us both joy - from someone in one of the refugee camps, telling me he needed my help because, 'due to the ill effects of love' there was another child on the way and it wasn't his wife's. Early on, Gary came with me down to Gambella, to see what was really going on. He has this amazing way with people; they trust him because he's always so open and positive. He laughs easily. But he's as wise as anything. When I was trying to fathom out how thousands of birr had been misappropriated, he had gathered about twenty children around him to ask how they were enjoying the daily pre-School breakfasts we were paying for. They hadn't been fed once, but someone in our line of sight was looking well-fed and content! Gary, you're a star. You kept me sane; made me laugh and I owe you a great deal. I thank God for you. 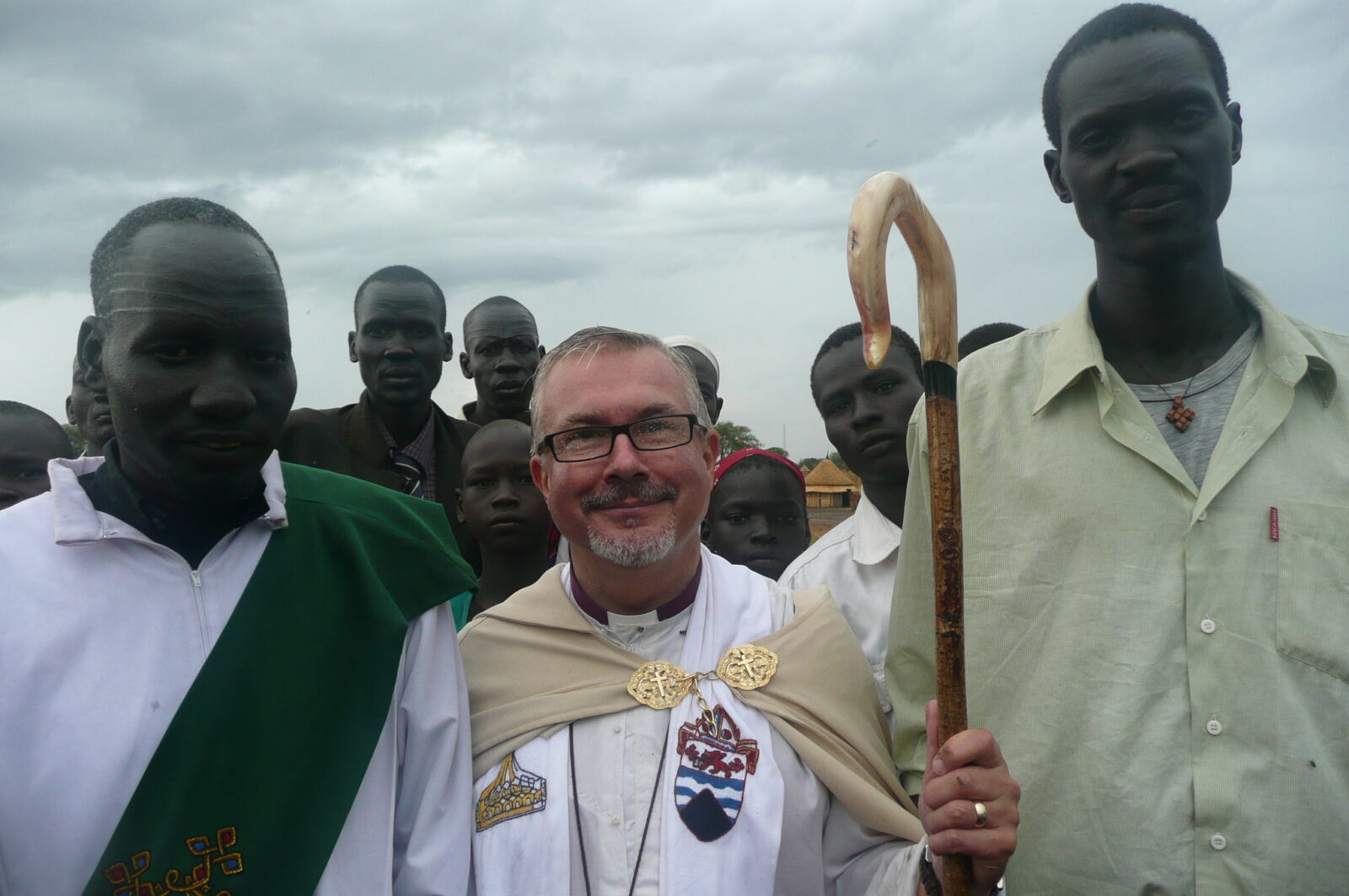 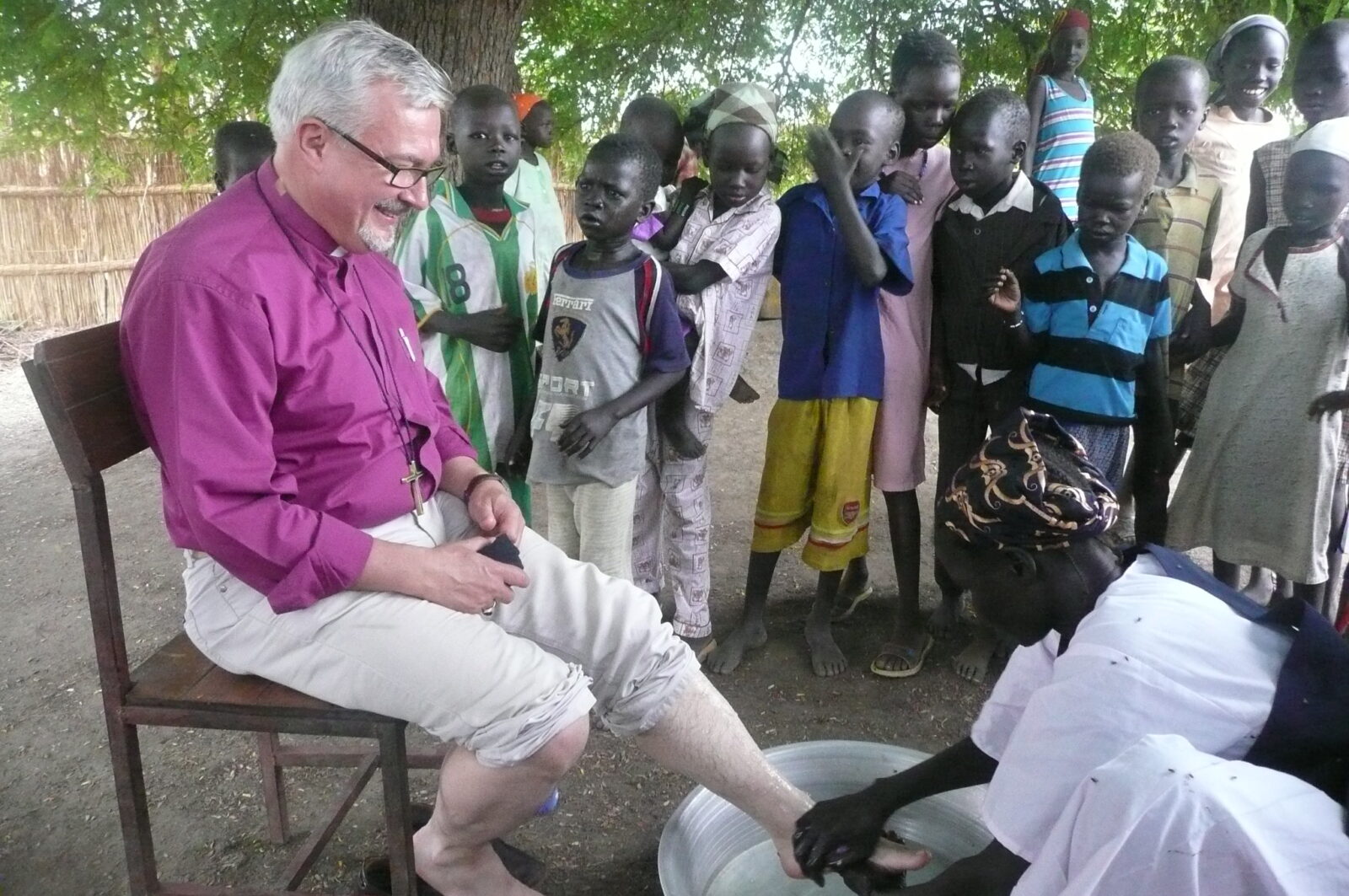 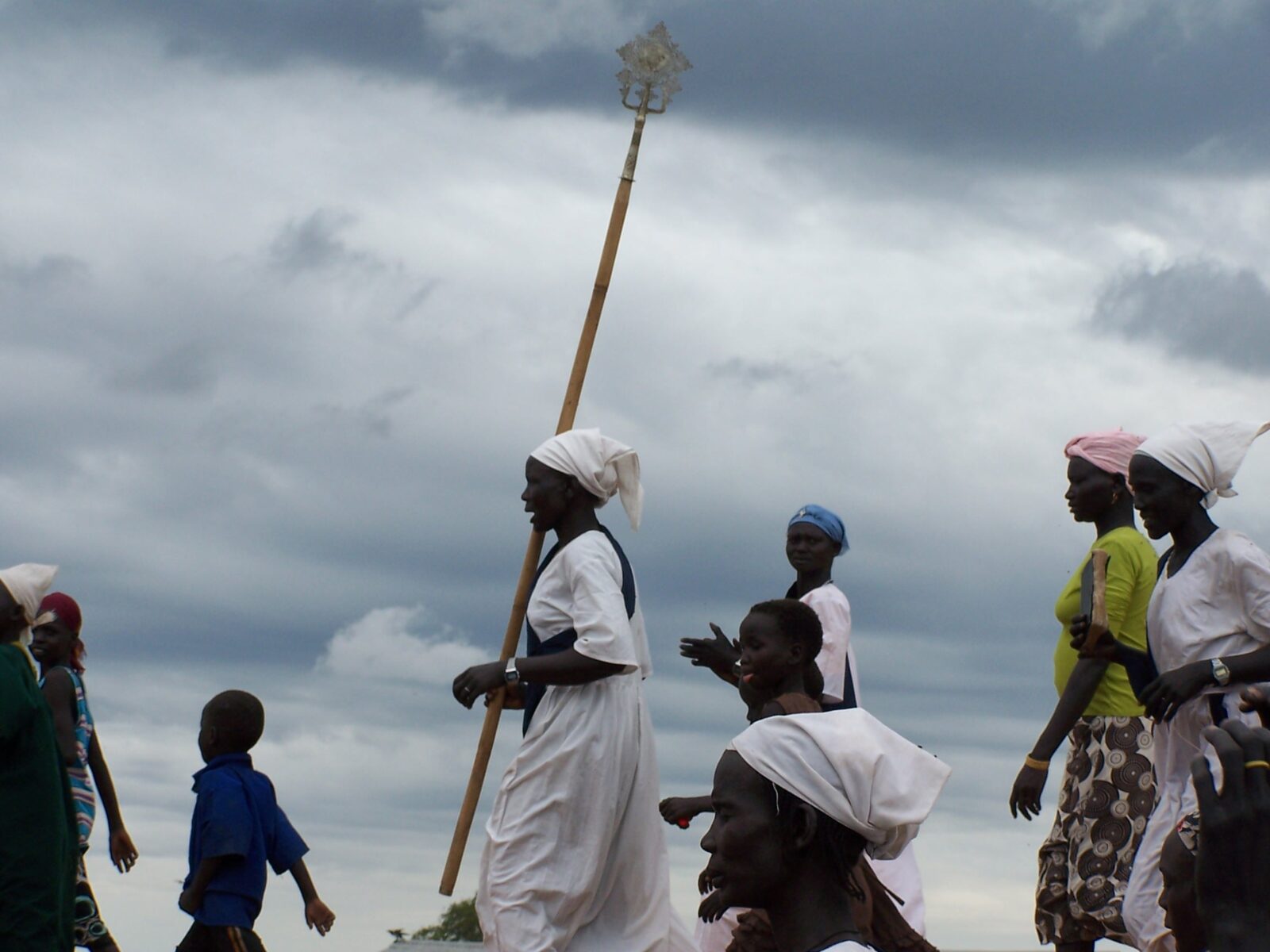