Asnake [pronounced ''ass-NAH-kay''] could be seen drinking a popular brand of Ethiopian beer at most street corners and intersections in Addis Ababa, at almost any time of day. In fact Asnake would sneer over the rim of his glass at his adoring public from numerous locations across the entire country.

No! He was not an alcoholic nor was he able to bilocate. He was in fact one of the best known actors in Ethiopia and a star in the hit soap opera ''Se'w-le-se'w''. His evil, dastardly character 'Asnake' had been chosen as the face of St George's premier beer. And so he peered out at us all from a thousand strategically located billboards.

When he was not being Asnake he was better known to Jill and I as plain old Abebe Balcha, a man with whom we had numerous, strange and wonderful, dealings over our many years in Ethiopia.

My first encounter with him was as a potential father-in-law! As Egeus, father of Hermia, he was called upon to bellow out his complaint that I, Lysander, a handsome young man of Athens, should not be allowed to marry his daughter. We were of course staging Shakespeare's 'A Midsummer Night's Dream' in the British Embassy compound. This was an important part of the 100 years celebration of the establishment of an Embassy in Addis Ababa. Abebe towered over me at more than six feet tall and almost bellowed me off the stage. It was hard to forget that first encounter and I can see how his physical stature gave him an edge over other wannabee actors when looking for a personality with a commanding stage-presence.

Jill never rested and went from one, extra-curricula extravaganza to the next while teaching at Sandford School. Ethiopian Craft Fair was a favourite but came second only to her bi-annual Shakespeare Week.  My engineering skills were inevitably called upon to build a papier maché 'time machine' from which I was called to appear as a facsimile of the original Shakespeare - confused and bewildered into crowded courtyard full of disbelieving school kids. But they loved it and so did I for that matter. Then to top it all off we would call upon Abebe to give his famous Amharic rendition of Othello which he had performed many times on stage at the National Theatre to adoring audiences. Again his deep, melodic, booming voice was transcendent and captivate kids and teachers alike. Actors together in the changing room, (the primary school library) we would laugh at the whole scene and muse over the cross cultural significance of Shakespeare and just how much the kids were enchanted by it all, then go back to our day jobs - he as a lawyer and me as a water and sanitation engineer!

Abebe and I might bump into each other once in a while and exchange pleasantries but for a time we had little but acting in common, and I was just an amateur dragged in to fill a spot here and there. He was progressing with his parts and his fame was growing especially as the number of TV channels gradually rose from one to a handful and as the internet expanded. Then by the early 2000s we gained something else in common - kids. Hannah, our daughter entered school in the same year as Adey, Abebe's daughter and hit it off immediately. They remain close friends to this day. For a number of years Hannah and Adey together had to suffer the indignity of 'Dad' popping out of a time machine and purporting to be Shakespeare or Othello in front of all their sceptical friends.

Around 2003 our paths crossed on a very different and deadly serious path and Jill and I were determined to maximize the theatrical effect Abebe could bring to an entirely different audience. Our first lawyer had lost what appeared to be a water tight libel case in the first instance court of Ethiopia and we needed someone to win on appeal. Our immediate thought was to hire Abebe and he suggested an entire team! Four lawyers in all though we only really ever interacted with one besides Abebe as the lead. Sileshi Ketsela was truly marvellous and more to the point appreciated my terrible sense of humour and Jill's sense of irony. On first meeting he described how he had defended the previous Prime Minister, Tamrat Layne, to which I responded "but surely he lost the case"' and without a pause for thought Sileshi responded "yes, and what is more his sentence was increased after appeal". I like to think he was preparing us for the worst; to face the vagaries of Ethiopian justice.

Abebe and his team took us through four gruelling years, losing appeals at the high court and the supreme court. Eventually I had to make a public apology to Terre des hommes (A Swiss Aid Agency) for accusing them of allowing paedophiles to leave the country with no recourse for the victims to justice. Jill was advised by Sileshi that if she refused to apologise she faced 6 months in jail for contempt of court; something we had decided she would pursue in order to bring media attention back to the case and to give the victims of sexual abuse a voice. Tdh got wind of the plan and dropped all execution proceedings meaning we were no longer liable for costs or damages or likely to go to prison. They had effectively silenced us and the victims unfortunately for the time being. Our dealings with the team of four were over and though we had failed in the civil courts we had won a massive, globally publicized moral victory. The Tdh lawyer was ecstatic with his pyrrhic victory and failed to understand why the agency did not want Jill behind bars. Our team were happy to stand with us, basking in a massive moral victory - they never came calling for the final payment perhaps because we officially lost or more likely they saw us as standing for Ethiopian children and wanted to to it pro-bono.

I saw less and less of Abebe through the next decade, though whenever we bumped into each other by chance, he always had time to share an anecdote or two and it always made me smile to see his adoring fans crowd around him for an autograph or selfie while mindful of 'Asnake's' evil temperament.

And finally from the old country - Abebe writes;

"Hi Gary - I got your email and happy to oblige [with a photo/article]. You remember when both of us were subjected to perform for the kids in grade school!!! Someone sent me this and I liked it. so I framed it! Pass my love to Jill, oh and Happy New Year, we just turned 2013 yesterday!" 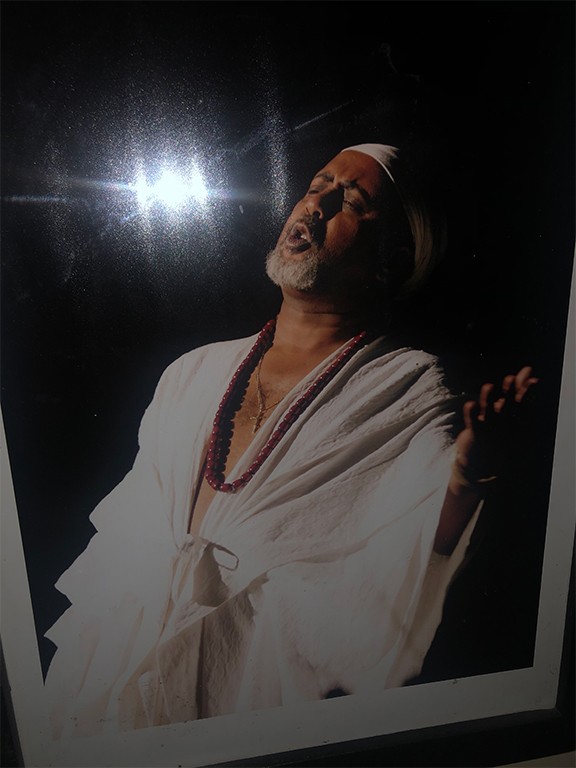