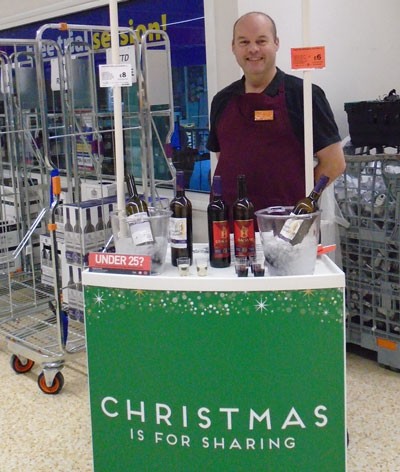 In my job promoting and sampling foods items on the shop floor, I found strange and fantastical comparisons with the dilemmas faced by the Roman Catholic Church. One promotion in particular springs to mind. Namely, the promotion of our own brand Pork Liver Pâté, December 2016!

Ironically, pork liver pâté is an inexpensive food item, yet one which most of us would consider a rich and sumptuous treat. Pâté is generally considered, a product so high in calories, fat content and salt that it should only be considered for consumption at Christmas time. Yet, by the same token it can so easily be forgotten in the mad rush for turkeys, stuffing and cranberry sauce. During the promotion, I spoke with a variety of people. Some confided that they had always enjoyed pork liver pâté against the advice of doctors and dieticians, though they might tend towards the slightly more exotic Ardenne’s pâté. This had a crunchy, more exciting texture. The odd customer professed, or more accurately ‘confessed’ a desire and longing for the much maligned and more expensive foie gras, but these desires were now too suspect for open discussion and the supermarket no longer stocked foie gras for fear of a backlash against all pâtés. The majority of people simply carried on with their shopping and took no notice whatsoever of me or my pork liver pâté.

As a convert to the Catholic faith, I am intrigued by the idea of ‘cradle’ and ‘cultural’ Catholicism. A good friend who described herself as a ‘cradle’ Catholic once laughed about the arduous nature of my conversion into the Catholic faith as opposed to the ‘fast track’ benefits of her own route in. I knew her to be a good person who intentionally practiced her faith and was in many ways an example of Christian faith in action. However, like a good pork liver pâté; cheap and easily available, many cradle Catholics, at best, only partake of the delights at Christmas and perhaps Easter.

By late morning on the first day of the pork liver pâté promotion, one woman came to my stand with her young daughter in tow and enquired about the product. She remembered eating pâté as a child, but only at Christmas. She vaguely remembered enjoying it with her grandparents, mother, father and siblings around her on those joyous days many moons ago. On trying it again she decided that she did, indeed still like it and took a packet from my stand to place in her trolley. Before she left we decided to see if her daughter, who must have been only 3 or 4 years old, could possibly like pork liver pâté? Our assumption was that pâté, in general, was something for the adults. Under current health advice and modern standards, pâté was probably inappropriate for children. As she sat comfortably and happily unaware in her trolley seat, I imagined, her first reaction on biting into the cracker and tasting the pâté would be to spit it out in disgust. So I suggested that she take the biscuit with her and as further encouragement, that if she liked it she could come back for more; an unlikely scenario but nevertheless a positive reinforcement of my message if ever there was one. And to my total surprise she was back within a flash asking for another cracker, and then again for a third after circling the chillers in aisle 5. The girl’s mother thanked me for re-introducing her to the delights of pâté and more importantly for finding an alternative to the usual cheese spreads and other processed foods targeted at children. I was surprised and took it upon myself, henceforth, to focus all future efforts on toddlers, and by and large it was a successful strategy. However, in applying this strategy I discovered yet one more disturbing trend that annoyed the hell out of me!

Every now and again I would meet with a mother and/or father out shopping with their offspring and would discover inevitably that they had themselves, once enjoyed the delights of pork liver pâté with their parents, long ago. Some perhaps at Christmas and some throughout the year. Yet when I turned to their child and offered up my cracker smothered in pâté, the child was told, most assuredly, that he or she would not like it. Almost inevitably, my cracker would be spat on the floor or straight into my napkin. Rarely and never so clearly have I seen the power of suggestion, so effectively close another human mind to a seemingly simple possibility. Fortunately, we are only talking about pork liver pâté and even I know there are a thousand more treats available to the discerning child along the shelves at your local superstore?

It is evident however, when it comes to our children, the vulnerable and the weak, many of us can so easily and unwittingly inflict the ultimate disservice upon them. Just like a good pork liver pâté to our taste buds, we can so easily and intentionally deny our very own the true riches and blessings of Christ’s message on earth.